Women collective members of Barethinbahara Village, Bhansuli Panchayat, Narharpur block established an indigenous traditional seed bank in the village named “Didi beej bank” in the year 2019. Currently they store and conserved   20 different varieties of indigenous paddy in the seed bank. Those seeds have different nutritive values like rich in iron content and other vitamins as well as climate resilient properties. It impacted on farmer’s dependency on hybrid seeds and facilitate towards organic agriculture adoption which has greater importance on health and nutrition of the villagers. This seed bank initiatives are helping farmers from climate uncertainty like erratic rain fall, disease and pest attack and vicious cycle of economic poverty by purchasing new seeds every year. This initiative is creating an impact around sustainable agriculture in the locale.

It’s believed that Dandakaranya provenance is the origin of paddy seeds. More than 1000 verities of seeds were available in this region. But today it’s hard to remember and find more than two to three traditional seeds in village. Indigenous seeds are miracle seeds which has deep climatic adoption, resistance from ecology point of view and used for generations. It has health benefits and less prone to crop failure.  Seed replacement rate is quite high and it has increased risk for the small and marginal farmers to manifold. Impact of green revolution has multiple dimensions, in one hand no doubt it has provided surplus food grains, increased production and productivity through improved and hybrid seeds but in other hand it brought number of  unsustainable practices in agriculture. In-organic fertilizers, hybrid seeds, weedicides and pesticides are often associated with financial burden as well as fear of crop failure due to various climatic uncertainties. It has serious impact on human as well as on ecology. Thus, farming became less remunerative day by day for small and marginal farmers. Every year farmers are dependent on market and took risk which became problematic. Those shifts brought multiple problems starting from debt, suicides, malnourishment and toxicity among humans. Looking in to those, Sakhi Mahila  Gram Sangathan decided to combat this issue of dependency on market and vicious cycle of health issues. They have decided to established a seed bank and adopting organic agriculture in the village. They have collected indigenous seeds like dawar, Vishnu bhog, para, satka, bhaispath, machri poti etc. from different villages and nearby to store, conserve and use in the village. Gram sangathan encourages farmers to adopt traditional seeds and organic practices by providing 2 Kg of seeds from the bank which the farmers agree to return in double amount after the harvest of crop.

Under BRLF Mega watershed project farmers were educated towards adopting modern technologies like SRI, Trellis, pheromone traps, sustainable agriculture practice like organic way of producing manure and pest replants and adopting indigenous   seeds which are perishing from the community. While meeting and training at village level those concerns were flagged and a brain storming exercise has been done to understand the different perspectives of sustainability, dependency on market and its consequences. PRADAN (CSO) facilitated the process with help of AKMs (Ajevika Krishi Mitra) and Active women of the village to adopt and prepare different products like Jeevamrut, Ghana Jeeva Mrut, NADEP tanks and collecting different traditional indigenous seeds across the locale. Further training was organised on different prospects and constraint of different verities and characters associated with it (example – short and long duration of seeds, seeds with rich iron content, seeds which has aromas etc). And this is how the “Didi Beej bank” came in to exitance for addressing larger issues of malnourishment and hunger in the locale. 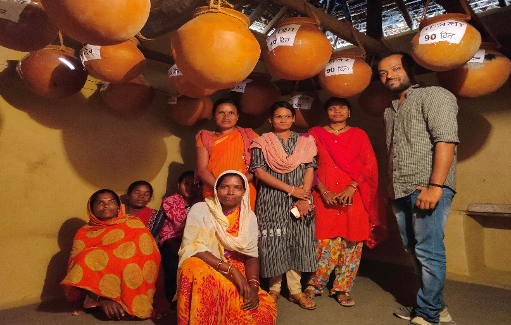 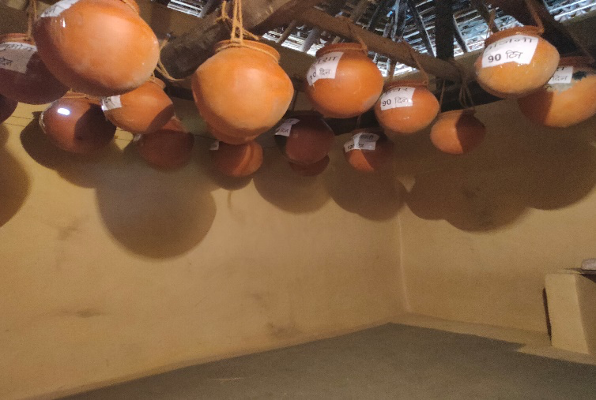 We are farmers. We will have our own seeds. Why would we pay price for hybrid seeds and depend on market.”,
says Shashikala Markam

Today we are trying to revisit our tradition. Earlier we used to eat Dawar rice during pregnancy for iron, which is now replaced by tablets. We should consume traditional rice for good health our children.”
says Sita Bai Markam