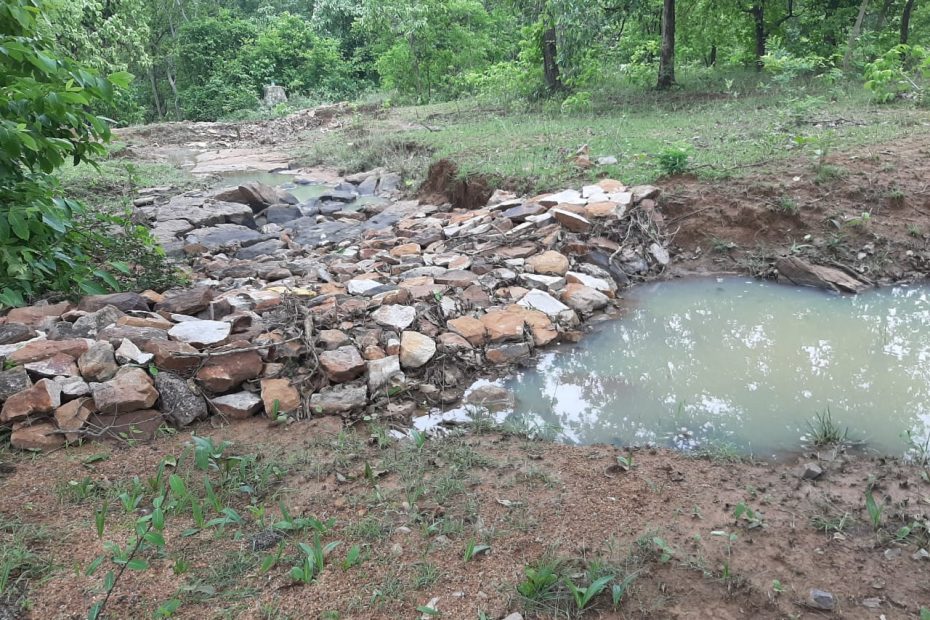 For ensuring that maximum soil and water conservation takes place, a patch planning exercise was done in Khadma Gram Panchayat in Magarlod block of Dhamtari district. In planning of MGNREGA works it has been observed that community members mostly prefer land levelling work which increases their net land available for agriculture but has limited impact on the water availability and conservation.

To reduce run off its important that water is stopped periodically, and velocity is reduced, this requires construction of structures in contiguous patch of land depending on slope and terrain. In Magarlod block, under the High Impact Mega watershed project which is a key flagship initiative of Government of Chhattisgarh a patch was identified, and planning was done in accordance with watershed principles. This was done jointly by MGNREGA team, community members and team of ASORD, a CSO facilitating the planning process.

The work which was finalized in planning was –

In addition, for treatment of command area of the watershed following activities were planned

The water storage capacity of the existing dam was very less compared to the amount that was needed for sustainable agricultural activities in the catchment area and hence dam deepening work was prioritized. The faulty outlet design led to the destruction of bunds which carried the soil in the lowlands and led to problems in the cultivation of paddy. To prevent the widening of the gullies that were created and prevent the flow of soil loose boulder checks have been proposed. Additionally, for proper distribution of the water in the command area of dam 2 Kachi Nali was planned.

As the project area was under forest , it required liasioning and convincing the Forest department which was challenging and time taking.

This integrated and continuous planning would not be possible if ASORD has not conducted a participatory planning exercise in the Panchayat in which they not only involved SHG members, community members but PRI members also participated actively. Regular discussions on “Availability of water for agriculture through MGNREGA” were conducted in each hamlet and strategy was made on how it can be done.

The present ground water status and baseline data of families was also collected to build an understanding on the present socio-economic status of the households.

The scenario has changed in Giraholadih village, Khadma Gram Panchayat and the impact is visible in the lands and lives of farmers whose land falls in catchment area. After the work completion following impact was visible